Healthy Paws Pet Insurance covers everything that matters including injuries, illnesses, genetic conditions, and emergency care. With unlimited lifetime benefits, protect your pet with the #1 customer-rated pet insurance plan! Get a free quote and let Healthy Paws pay your vet bills while you care for your pet.

When it comes to our pets, my hubby and I will spend whatever it takes to give them the best medical care possible. Like so many other people today, we consider them to be members of the family.

Our dog, Misha, even has his own neurologist for his back issues and our latest addition to our family, Auggie has a neurosurgeon. Several years ago Misha needed a series of mri imaging to treat his back issues. The bill came to $2,500. Veterinary specialists can do some amazing things these days, from open heart surgery to cancer treatment,  if you can afford the price tag.

This list was prepared by the Veterinary Pet Insurance Company (VPI).

A recent survey by the Associated Press found that a significant number of pet owners (41 percent) are extremely or somewhat worried they could not afford the medical bills for a sick cat or dog.

Is insurance the answer? When people ask me that question my answer is always the same: It depends. Buying pet insurance is both an economic and an emotional decision that needs to be based on your personal financial situation and what you’re willing to pay for peace of mind.

“If you get the right policy, it can be an asset to the health care of that pet and have a significant impact on the bill that results from a visit in an emergency situation” says veterinarian Jean Maixner, co-owner of Animal Critical Care & Emergency Services in Seattle.

“Some people can’t afford the treatment so they ask us to euthanize their pet. It’s absolutely horrible,” Dr. Maixner says. “If people had acquired pet insurance before the emergency occurred, they might have been able to move forward with some reasonable treatment to help their pet.”

Consumer groups have a different take on pet insurance. Robert Krughoff, president of Checkbook.org, says “it doesn’t make sense” in most cases.

“It’s common to pay $300 a year or more for pet insurance. Over the life of a dog or cat that might be $5,000 or more. Most people are not going to have a big expense like that,” he says.

For its August issue, Consumer Reports compared the cost vs. payout of nine pet policies for Roxy, a healthy 10-year-old beagle who lives near the magazine’s office in Yonkers, N.Y. Roxy’s lifetime vet bills have totaled $7,026 (in current dollars). In every case, the total premiums that would have been paid to those insurance companies were higher than Roxy’s medical bills.

When the editors gave Roxy a few hypothetical medical problems to boost her vet bills to $12,685, five of the nine policies would have paid out more than they cost. A Seattle company called Trupanion did the best in this scenario.

“Our conclusion is that for a generally healthy animal this insurance is probably not worth the cost,” says senior editor Tobie Stanger.

Consumer Reports believes it makes more sense to put a couple of hundred dollars into a household emergency fund each year for serious pet health issues.

Both Consumer Reports and Checkbook advise against buying insurance to cover routine wellness care. They say this is an expense you should be able to cover on your own. And I agree.

Are consumer advocates barking up the wrong tree?

Pet insurance companies argue that it’s impossible to tell if your furry friend will be healthy or have a serious illness or accident during its lifetime.

Rawlings tells me one in 10 people who are insured by his company make a claim for their pet every month. He says some customers get back 500 to 700 percent more than they’ll pay for premiums during the life of their pet.

Tiffany Schumacher of Redmond, Wash., has a Trupanion policy. She pays $55 a month to cover Klover, her 1-year old Burnese Mountain Dog. (Tiffany chose to pay more to have a zero deductible.) She says the insurance means she doesn’t have to worry about getting Klover the best medical care.

“You never know what they’re going to do,” Tiffany says. “You don’t think your dog is going to eat tennis balls.”

But that’s just what Klover did last year. She ate a bunch of tennis balls. The surgery to remove them cost $2,700. Trupanion paid $2,332 (90 percent of the covered costs). Recently, Klover had emergency surgery for other intestinal and stomach problems. The bill was $6,980. Tiffany’s out of pocket expenses were just $1,050.

“It’s a way to manage risk,” Biniasz says. “If you look at any form of insurance and try to run the numbers, you’re going to find that most people are not going to get back what they pay in premiums. But the people who do are happy they made the investment.”

If you decide to buy, shop around
Pet insurance policies vary greatly from company to company. The only way to know what you’re buying is to get a copy of the policy and see what’s covered – and more importantly, what’ not.

“Look very carefully at the fine print so that you’re not surprised when you file a claim and find that it’s denied,” advises Consumer Reports editor Tobie Stanger.

You need to know:

Most policies do not cover congenital or hereditary conditions. Trupanion covers both (with some limitations). That’s a big plus.

If you love your pet and you don’t have the money to cover an emergency medical situation that could cost thousands of dollars, I think you should consider pet insurance. You’ll get the lowest price if you buy when the animal is young.

Remember, insurance is designed to cover you from a catastrophic financial loss. So choose the highest deductible you can reasonably afford. That will help lower the monthly premium.

The bottom line: If you buy pet insurance and don’t use it, consider yourself lucky. But with pets living longer these days, your chances of using the policy are greater than ever. 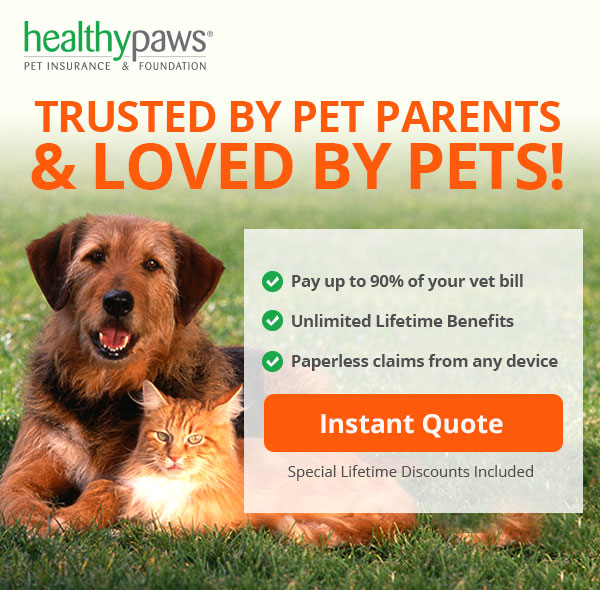